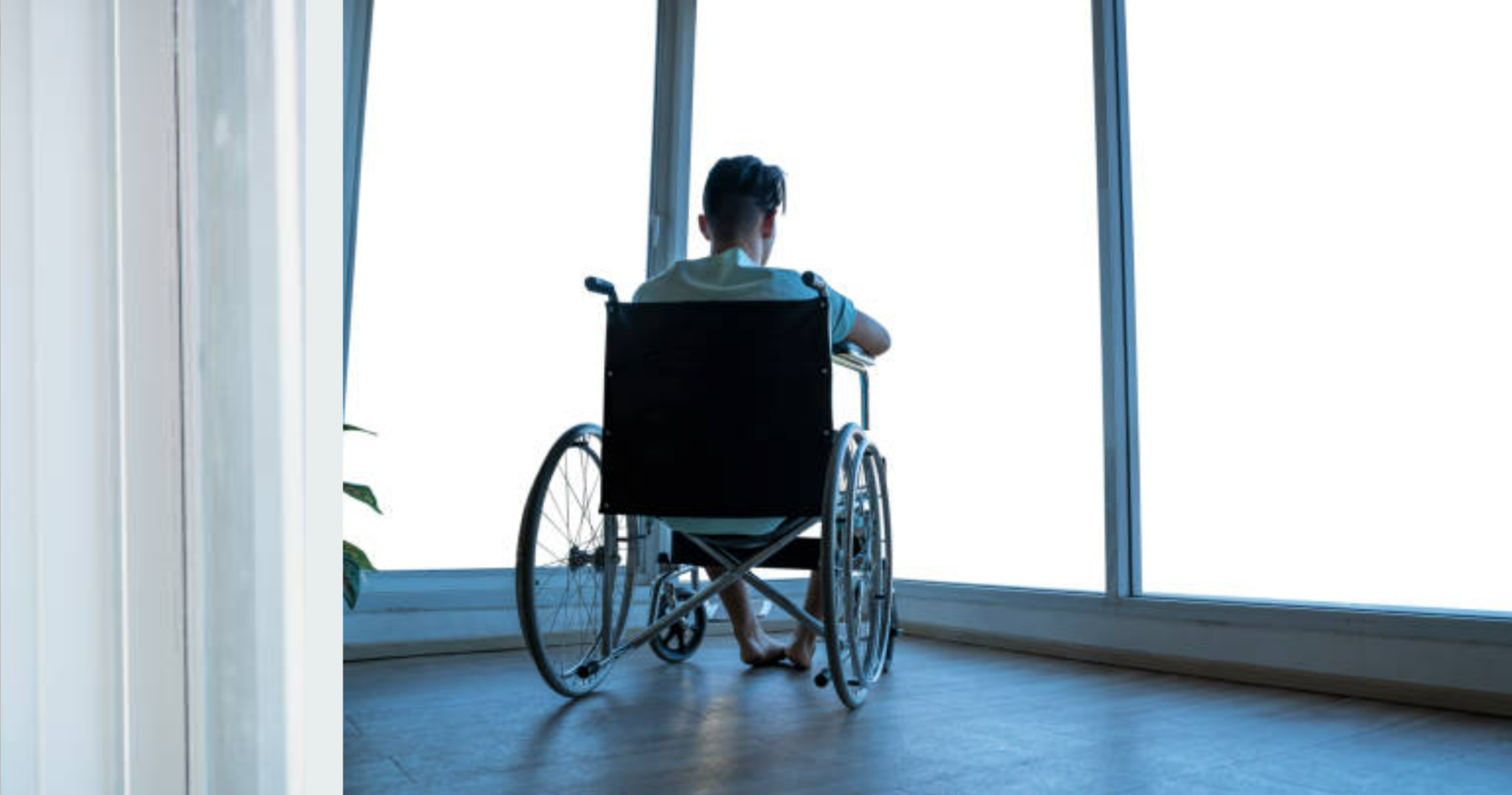 Local man, Flip Polizzi Rivera, lives independently in Rochester, New York, in his own house, with his own furniture and tech devices, his own choices, and with the typical life of a 36-year-old in America. He also has Cerebral Palsy, and personal care assistance services, to help him prepare and eat his meals, shower and get ready for his day, and transfer into his power wheelchair.

His independence was hard-fought, and hard-won. Prior to 2022, he had been institutionalized in a local nursing home for fifteen years. Independence is something all Americans take for granted; unless they're disabled. Independence for disabled people is often a precarious balance of services and circumstances.

A recent Census Bureau report shows that an emergency or disaster can often be the tipping point that ends independence for a disabled individual. In data released recently it was revealed that people with disability are far more likely than anyone else to face displacement from our homes – and thus, displacement from our services and supports necessary for independence – due to a major disaster.

For Flip and other Disabled people, if we evacuate we are likely to face dangerous levels of isolation and permanent dislocation, often leading to placement right back into an institutional setting.

Some quick stats from the recent data released:

Once they evacuated, most people with disability never returned home, according to the Census data.

Justice Shorter, an international advisor on Inclusive Disaster Protections, and a friend of The Partnership, made this observation about the recent data: “This is completely in alignment with things we have noted over several years now regarding individuals with disability and disasters. This should encourage folks to understand that all of the stories, testimony, commentary that people with disabilities have been giving for years are credible, believable; and it shouldn’t take this to make those stories valid.” (Read the E&E Climatewire article here.)

Disasters and emergencies are increasing in recent decades, due in part to climate change, and our community well knows the disproportionate impact these factors have had on marginalized people. The Census data also supports that disasters have a harsher effect on groups including low-income households and minoritized people. Shorter says, "These numbers clearly indicate that discrimination threaded through class, race, and disability, creates structural barriers that further complicate disaster recovery for low-income people of color with disabilities."

But the data around people with disability shows grave inequities, with more pronounced long-term negative effects than for any other group. Disabled people as a group are much more likely than other groups to be forced to leave home during a disaster. Evacuation often leads to people being permanently institutionalized and facing an avalanche of other problems. We at The Partnership, along with our partners and fellow advocates have known this. Now the data supports it.

"In my area, we live close to a nuclear power plant," says Flip. "We have ice storms, blizzards, and windstorms that have been known to knock out power for days. I want to stay safe, and I want to maintain my freedom. Don't we all? But the idea of having to evacuate my new home, for me, means I may be denied access to a shelter. I need to bring equipment. I need my aide with me. I know other people who have been turned away and referred to local nursing homes. And all I could say about that would be: here we go again."

The new Census data makes clear that institutionalization is the common outcome for people with disability after disasters. In the wake of a disaster, as well, there is a greater risk (5 to 10 times higher than it is for nondisabled people) of the following:

“I hope that this will allow people to open the door a bit wider and assure that people with disabilities are a central force in creating and cultivating more inclusive disaster planning and protection across this country,” Justice Shorter said. “They are indeed the folks who are most impacted.”